With some time to read I dug into a few things over the holidays:

Thinking with Type: An interesting book about design and fonts. I picked up a lot of interesting little things (such as the fact that the upper case letters were stored in the top case near the printing press, the “smaller” letters in the case below that – the lower case), but I didn’t walk away from it thinking that I would do a better job of laying out type. The book would be perfect if you were taking a course but like most design books I’ve read, they don’t make you a pro.

The Accidental Millionaire: If you know who Gary Fong is, then you should read this book. He’s had an interesting life and tells a good story, many of them funny. There are some weird grammatical things in it but I got the feeling that they were there to keep a conversational tone. If you are not into photography or the owner of a “Fong Dong” you should probably move along. I’ve been impressed with the great job he does teaching people about his products on his website, and you actually don’t feel ripped off buying a $2 piece of plastic from him for $50 because he tells a great story and the product does completely kick ass.

I also fired up the Apple TV to watch:

The Prisoner: A remake of a classic late 60’s early 70’s TV show. Amazing visuals, but like the Torchwood miniseries I recently watched, having to sit through 5 or 6 hours for a 20 minute payoff is not worth it. I would recommend watching the original and taking a pass on this one.

As a gift I got Spiderman: Web of Shadows for Xbox 360 – It’s pretty good but the graphics aren’t the best that the Xbox can do. I haven’t found a Marvel game that beats the Hulk game for the original Xbox, and Batman: Arkham Asylum is, hands down, the best I’ve played.

I’ve also started The Design of Everyday Things, and will report back on that.

Here’s some of the stuff that I ran across over the past couple of weeks during my self-inflicted blogging exile:

What will Sports Illustrated Look like? I am a huge fan of SI because of fantastic writing and incredible pictures, I follow sports in the papers but the magazine is in a league of it’s own. Mike Troiano had pointed this out in his blog: 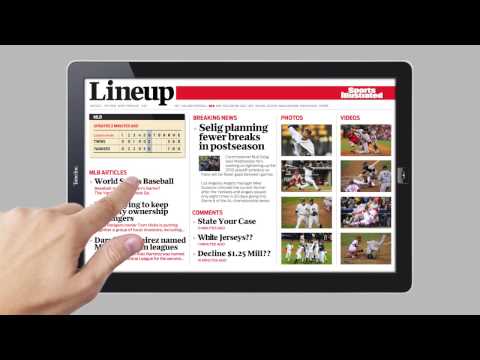 What can film makers do with next generation DSLRs that shoot video? The evil mastermind behind Ask a Ninja shows what can be done with with a DSLR (regular camera) that can shoot video, hard to tell the difference between it an your average Rom-Com.

You really need to fail more. My Marketing Over Coffee co-host writes about the importance of failure. This was driven home for me listening to This American Life last week, it’s a fantastic audio program and one of the reasons why is that 8 stories get developed and the best 3 or 4 make it to the show

Will graphic novels transition to digital devices? Yes. I tried out the PSP comic reader a few weeks ago and it’s really good. It’s a comic store’s worst nightmare – easy to buy online and download wirelessly, and it actually is easy to read. Check out the demo here. As a DC fan I’m kind of disappointed that they are launching with Marvel – Dan DiDio, what’s the deal? I’d rather buy your stuff…

Ok, I need to finish my holiday cards and shopping, I hope your stress level is below the boiling point for December.