With the holiday next week I was setting up my calendar for the week after that and found that the next WebInno meeting is coming up that Monday, July 9th. If you want to see what’s going on at the cutting edge of internet technology in Boston these meetups are required viewing. Just sign up on the wiki and show up to watch the presenters give a short demo, and check out the other presenters around the room and mingle at one of the better Tech who’s-who in Boston. I’ll be there and have managed to convince some other Boston bloggers and podcasters to show up so swing by if you’d like to grab a drink.

One of the presenters for next week – Digitalbrix has an interesting value prop – a SaaS offering that allows users to build simple games with out writing code like javascript, flash, etc. I’m very interested in checking this out some more, anyone that has done any web marketing has had a point where someone on high gets the itch to try and create a Flash based game.

David Beisel (the webinno organizer) connected me to Naveena Swamy, a founder at Digitalbrix and I had a chance to chat with her for a few minutes about what they are working on. Casual gaming is a huge market so there weren’t many surprises about the growth potential there, but there were two things that stretched my brain a bit. One was that I mentioned that this would be a powerful tool, and she said that a more important point was that it allowed greater collaboration. With a more powerful tool there’s now less friction between the artist, game concept designer etc. This can be expanded to include everyone playing the games which then generates an entire community.

The thing that resonated even more with me was the ability to use a system like this for prototyping. I can see this as a huge value in designing marketing campaigns. Rather than pick a vendor out of a hat and throw them $10,000 for one campaign, put together 4 or 5 concepts to test before making a final decision. That changes the game completely. Now where am I going to find some free time to play around with this myself?

This has been my past two weeks. I’ve got three webinars going this week so no matter what I do it involves pulling a list of some kind. My eyes are getting tired looking at columns of data.

Time for a haiku!

making many lists
the marketeer’s noble deed
victory in sight

One bright spot, I stumbled upon a long lost extended mix of “Better Be Good to Me“, some classic 80’s goodness.

Thursday night I will be running for AccuRev in the Chase Corporate Challenge. If you will be at the race, drop me a line and we can grab a beer after if I don’t have a coronary event.

So I’m still considering what the biggest news of the year is on the Marketing front (specifically, tactics). Boldly claiming the death of SEO, I have to admit it’s more of a “SEO is Dead, Long Live SEO”. The game is changing from cheap tricks over to master copywriting and this requires a different set of people with different talents.

It’s amazing when I talk to people who are trying to make headway in search results and they don’t even realize that their keyword density is zero. Kind of hard to rank for a term that’s not even on your site…

A lot of this also leads into another theory I am working on about how the best products really require very little marketing as they tend to spread rapidly on their own. You could argue that the best Martketeers are those who are successfully selling products that are excruciatingly boring commodities. Sometimes the marketeer can be the completely uncoordinated kid and still end up on the World Champion Little League team. Sometimes they can lead the team there. I’m not really sure where I’m going with this besides trying to rationalize why I haven’t retired already after some viral campaign that I made go berzerk.

I drive on Boston’s Route 128 (known as “The Yankee Division Highway” to a select few, or “The Yank” to the most townie insiders) for about 10 miles each way to work daily. It’s about as hardcore as highway driving gets. The speed limit is 55 but 70 is more like the reality. Having driven it long enough I’ve found two cardinal rules that work well: This was today, a Saturday when traffic was pretty heavy. We saw this car zipping all the way across 4 lanes more than once within a mile. About a mile later all lanes were almost stopped and I got this shot. There was another car driving aggressively and it looks like things didn’t work out.

I’m trying to do a “Year in Review” and I’m thinking about what has had the most impact in the past 12 months. We’re talking about things that will change your front line marketing tactics. Here’s my rough list:

I’d really like to hear what you have to say about this list and what would be on your list. Anyone that provides useful feedback will be acknowledged in the final report with a link at the bare minimum. There are a couple of large brains that I am going to call out by name, but don’t let my link baiting discourage you from giving your opinion:

So I have this AOL email address that I’ve had since 1996. Since about 2000 I had an AOL Visa card so I didn’t have to pay any monthly fees, and now in the past year it’s gone free.

As a side note, I have to give Chase acknowledgment for great customer service. I had cashed in about 30,000 points for a year of free AOL only about a month or so before the AOL card switched over to chase when that program was dropped. I didn’t worry too much about it, but then got a letter saying that since I never got the benefit of those points they refunded them to me under the new Chase program. As a result I was able to trade those points for $375 at Best Buy. One AppleTV and Wireless N router later I am charging everything over a buck on my Chase card.

Back to the story – in the past month or so I’ve noticed that a bunch of the banners on their new mail client have switched to spanish. Uhhh, No habla espanol… I don’t really know what to think of this. Then again, it could be North and South America online, it’s not USA online (or white guy online for that matter). On the other hand I guess I feel like I’ve been kicked out of the community, granted a community I haven’t given a damn about since Gmail showed up, but a community nonetheless.

The other thing is that I’ve always thought that we are probably only 5 years away from some major improvements in automated translation so it shocks me that this is actually a slide backwards. Think about it – it’s quite possible that the web could be used to move everyone in the world to a unified language. Every day you get one new word via your email or newsreader, after a week this word replaces a “non-global” word and you barely notice the transition. 10 years later you’re speaking “Earth”. Who’ll run this? I have no idea. Why? Well, wouldn’t it be great to talk to everyone? Wouldn’t it be great if the word for soda world wide was Pepsi? Is this Google’s master plan? Your adwords being seen by 6 billion?

You’d think that with the 10 years of email I’ve sent through them that they’d see that the only words I’ve used are burrito and sangria so banners in any other language besides english are probably a waste of time. Hell, I don’t think I’ve ever typed the word sombrero (who says I’m not breaking new ground daily?)

Now if AOL could get me a burrito like Super Burrito in Concord, California…

The return to normal life (before the 4th) continues with the latest Marketing Over Coffee. Have you checked out the best Marketing Podcast yet?

Regardless of your politics you might be interested to take a look at how they are handling the news at The Des Moines Register. They are doing original work and they have the comments open to the public. I think that this type of hybrid blog/news is the future of the newspaper. I’ve always said that good newspaper people have nothing to fear from blogging, they are well trained to be the best of the bloggers – they just have to get the nerve to try and pull the sword from the stone. I have no doubt, as soon as they grab hold, they’ll know they are on to something big.

Being an enthralled spectator is a fascinating thing – It bears no resemblance to the fear of the performer or speaker. I truly enjoyed this clip, courtesy of Seth Godin’s blog for his new book, The Dip (which has made my summer reading list, one of these days I’ll pick up a copy…). 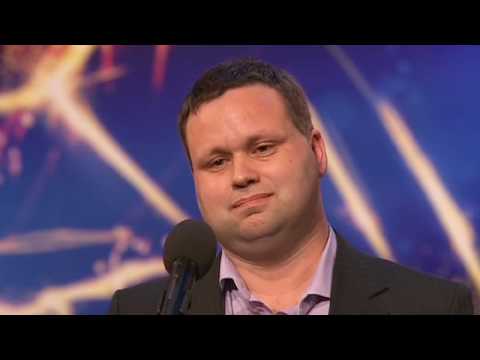 Ok, the trade show wars are over, I’m finally getting back to normal. After missing both an M Show and Marketing Over Coffee I feel like I’ve just broken out of the Phantom Zone.

The first step back is today’s M Show… Check it out.