Some fanboy stuff for Friday – cutting edge video games, this does have some real world application too.

About 6 months ago I was wondering if anybody was ever going to come up with an answer to the Wii. Yes, it’s revolutionary, but it’s just a wireless controller, you’d think that in over a year somebody would catch up.

This week is E3, the big gaming trade show, and Microsoft showed off project Natal. Rather than read about it it’s much easier if you just watch this:

Now I saw that and thought it was the coolest thing yet, but my friend Steve wisely counseled that I should wait until there’s a working game before I got too excited. Then engadget reported on this – games can be retro-fitted to the system and they were showing off Burnout (argueably the best driving game ever). They had agreed not to show the game, but you can see people playing it so it does work. 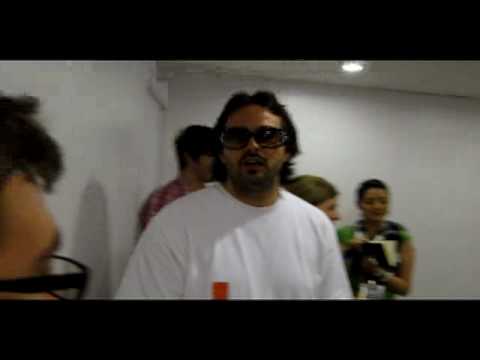